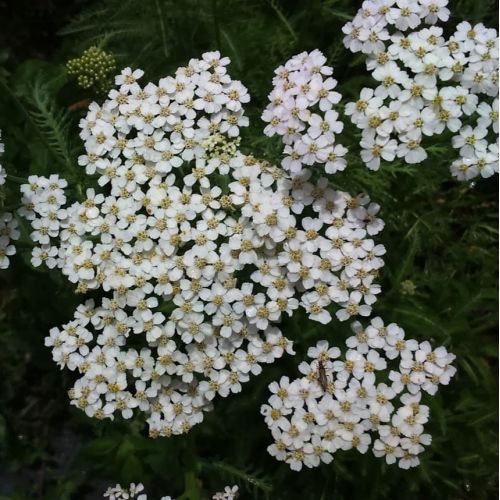 The Achillea millefolium plant is perennial, herbaceous that self-sows in Europe and western Asia.

The Yarrow known as the Achilles chiliofyllos blooms from late spring until early autumn.

The Yarrow is used in Cuisine , in salads, in brewing, in beverages, confectionery.

It s a herb known for its medicinal properties since antiquity, also finds application in traditional medicine.